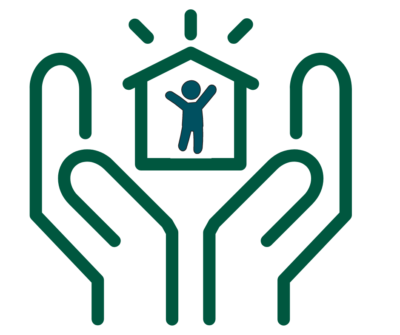 With Foundation grant, Portland Housing Authority builds on federal program to provide housing to youth aging out of the foster care system by offering intensive support through the challenges of adulthood – including parenting

When the Department of Housing and Urban Development announced in 2019 that it would release new housing vouchers specifically for youth exiting the foster care system and experiencing homelessness, Portland Housing Authority (PHA) jumped on the opportunity to serve youth with these dual challenges.

“We wanted (the vouchers) because we believe a lot of youth are pipelining from Maine’s child welfare system to Preble Street’s Teen Center and Shelter. However, we had a lot of concerns,” said Leah Bruns, Voucher Manager at PHA. “Typically, we just administer vouchers to pay a landlord – we don’t have additional services.”

Bruns knew that more assistance would be needed to help these youth build a stronger bridge to adulthood. Many were living outdoors; were disconnected from – and distrustful of – state systems of support; and were, understandably, focused on day-to-day survival rather than long-term plans. The youth would have little chance of creating the kind of stability and economy mobility for themselves that they never knew in childhood, Bruns said, without pairing the housing assistance with extra support.

But PHA lacked staff to work directly with the youth, Bruns said, and the federal program did not include additional funding to hire anyone. Seeing an opportunity to build off the federal program while testing a new strategy for serving an important population, the John T. Gorman Foundation provided a three-year grant starting in 2020 to help PHA offer that support. Since then, PHA’S Fostering Youth to Independence (FYI) program has seen promising results, even as it responds to emerging needs.

“We’ve found that some of the Foundation’s most successful partnerships are ones where our targeted support can help organizations take existing policies and programs to the next level,” said John T. Gorman Foundation Senior Program Associate Alexis Mann, Ph.D. “That has certainly been the case with FYI. In combination with the vouchers, the wraparound assistance PHA staff and partners offer has not only kept these youth in housing, but has put them in a much better position to work towards who they want to become as adults.”

Foundation funding was used to create two staff positions. Chelsea Monzel was hired to enroll youth in the program and build connections to community supports that youth could tap into. Meghan Condry was tasked with placing youth in apartments and helping them maintain their rental agreements. But over the course of the program, both have developed deeper relationships with youth to address their wider needs and support their aspirations.

Through text messages and visits, Monzel and Condry are in near constant contact with youth. The pair said much of their job is providing non-judgmental teachable moments. They have helped participants access health care, apply for jobs, study for their GEDs, budget their money, start building their savings, and more.

“I have one youth, every night at 7:30 we’re Facetiming,” Monzel said. “Even if it’s just to say, ‘I’m still here.’ Providing the consistency that these youth have never had has been key to building that trust.”

The effectiveness of the supports and relationships can be seen in the program’s results so far. In the first year, the program served over 30 individuals in 17 households, with a retention rate of 100 percent. After PHA distributed all the vouchers it originally received, HUD made more available, allowing it to increase its three-year goal from 25 to 50 households served.

The youth’s role in the program’s success cannot be ignored. “They’ve had to fight for themselves their whole lives,” said Condry. “That’s a huge asset.”

Once several elements of the program were successfully up and running, PHA broadened assistance to meet an emerging need. In the first year of the program, five participants gave birth, with several of the newborns placed in state custody. Youth who had grown up in the child welfare system now had to navigate it as parents, triggering past trauma and anxiety. Supporting these young people’s ability to care for their children could mean sparing another generation from the experience of growing up in the child welfare system.

In response, PHA has partnered with The Opportunity Alliance, which has a successful track record of supporting families in especially challenging situations. Kelly Dell’Aquila – Family Centered Support Coordinator/Accompany ME – is currently working individually with several FYI families.

“It’s really driven by the goals parents identify,” said Dell’Aquila of her approach. “It’s a family-centered model focusing on the whole family while trying to honor all perspectives to build positive outcomes for families.” In her role, she has attended visitation sessions; offered guidance to parents on bonding with their children during those short visits; prepared parents for their meetings with the State; and helped them better understand the requirements being asked of them.

The team says the motivation and strength of these young parents is evident by their persistence in a very difficult process.

Looking ahead, Bruns said FYI will continue to develop this two-generation approach to their work; tap into funding streams to sustainably pay for the intensive casework; and ensure that youth in the program have skills to support themselves once their housing assistance ends (the vouchers expire after three years). At the same time, she said FYI has already taught PHA several lessons to help it more successfully work with other clients who have experienced chronic homelessness.

Monzel hopes the lessons of working with these youth can have an even broader impact.

“My hope is the whole system can learn from what we’re seeing and what our clients are telling us – where their needs weren’t met and where they should have been.”