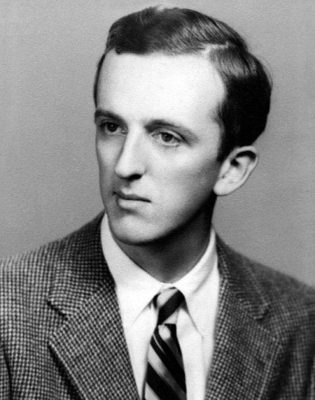 John Thomas Gorman, Jr. (Tom) was born in 1930 to John T. Gorman and Barbara Bean Gorman. Tom grew up in Yarmouth, Maine, and died on February 10, 2010 within miles of his childhood home.

Tom maintained a humble presence in his community, rolling up his sleeves and pitching in quietly and without fanfare where he could to enhance civic life. The longest serving member of the Lions Club, Tom also coached Little League for generations of children in his hometown. He looked forward to connecting with his community at weekly bean suppers on Saturdays, rotating sites in Yarmouth and its surrounding towns. The Yarmouth Clam Festival found him volunteering behind the hot fry-o-later and he often showed up for local basketball games to support Yarmouth’s high school team. Tom always provided a winter coat here and a meal there to help his neighbors get through tough times. Many recipients never knew the identity of the person who provided such gifts for them, as a good number of Tom’s personal gifts have been anonymous. In his retirement, Tom volunteered his time to deliver Meals on Wheels.

In 1995, Tom decided to express his quiet generosity by establishing the John T. Gorman Foundation. He was the quintessential, understated philanthropist who would be behind giving to many of Maine’s most significant projects and programs. Through his giving, he stood firmly with those living on the margins of our society.

If you had asked Tom how he learned to give to others, he would have told you that he remembered his maternal grandfather, Leon Leonwood Bean, helping out neighbors and other members of his community. The seed of a charitable conscience was sown.

Tom’s quiet, gentle presence will be missed by many. At the same time, the John T. Gorman Foundation will ensure that his strong interest in helping others will continue for generations to come.