For low-income workers, a chance to learn new skills without paying a dime upfront

If white-collar employees develop a serious work-from-home habit in the post-pandemic world, what happens to the cleaners and dishwashers and taxi drivers who relied on these people coming in to the office? If online shopping becomes the norm, how will store clerks make a living? A national pilot program by a Boston nonprofit aims to address these looming questions by training low-income people for in-demand jobs without requiring them to pay a dime upfront — and only requiring them to foot the bill if and when they start earning decent money. The Social Finance initiative could provide a lifeline to the many workers with lower education levels who lost their jobs during the pandemic. Some may never get their jobs back, if, as some economists expect, COVID has a permanent effect on the labor market. #covid-19 #workforce
View Resource

The City Council of Los Angeles, California is backing a plan to require larger grocery stores to temporarily increase workers’ pay by $5/hour as hazard pay. Although at the beginning of the pandemic last spring many grocery retailers had offered some kind of hazard pay to employees, most of these bonuses ended months ago. Despite supporting hazard pay earlier in the pandemic, some larger grocery chains have opposed recent local hazard pay ordinances. For example, Kroger closed store locations in cities that have implemented ordinances such as in Long Beach, CA. Conversely, other stores like Trader Joes have been motivated by these local policies to implement their own national hazard pay increases. #covid-19 #workforce
View Resource

Dollar General to compensate workers for getting vaccinated against COVID

The Washington Post reports on Dollar General’s announcement that it will compensate employees who receive the COVID-19 vaccine, in recognition that hourly-paid workers may otherwise be forced to choose between a paycheck and taking time off to get vaccinated. The retailer notes that employees who report having received the vaccine will be compensated with four hours of regular pay to address any lost working time or additional transportation costs that vaccination may have triggered. The statement notes that vaccination is encouraged but not mandatory for employees. This announcement makes the retailer one of the nation’s first to offer this type of compensation. #covid-19 #workforce
View Resource

The U.S. Bureau of Labor Statistics collected new data through their Business Response Survey to the Coronavirus Pandemic, which covers how business have changed their operations and employment during the pandemic (from January – September 2020). In this period, 39 percent of businesses paying an average annual wage greater than $80,000 told at least some employees not to work. A much higher share—60 percent—of businesses with an average wage of less than $20,000 reported the same. Teleworking opportunities also varied considerably by businesses’ average wage. Of establishments with average wages over $80,000, 58 percent reported increased telework available to employees. By contrast, only 13 percent of businesses with average wages under $20,000 increased telework available to employees during the pandemic. #covid-19 #workforce
View Resource

Brookings researchers follow up on the current state of hazard pay for frontline essential workers as the pandemic wears on. Many of the large retail companies ended their temporary increases to hourly pay months ago and federal relief efforts are stalled. At the same time, the actual hazard of the COVID-19 pandemic has only increased. Almost half of frontline essential workers are lowwage workers and Black and Hispanic/Latinx workers are overrepresented in these positions. Hazard pay is supported by more than three-quarters of the general public and many employers—particularly large retail companies like Amazon and Walmart that have realized massive profits during the pandemic— could bear the costs. Authors recommend that the next federal relief bill ought to focus on low-wage workers and that profitable companies should both restore hazard pay and permanently increase their minimum wages to $15/hour. #covid-19 #workforce #racialequity
View Resource

The United States of America is a race-plural nation – the American middle class is no different. If we define the middle class as those in the middle 60 percent of the household income distribution, with annual household incomes between $40,000 and $154,000, then 59 percent of the middle class is white, 12 percent of the group is Black, 18 percent is Hispanic, and 6 percent is Asian. Given the racial make-up of this group, this current period of civil unrest, and the looming presidential election, it is more important than ever for those of us concerned with the well-being of the American middle class to understand the attitudes of different racial groups within the middle class. In a Brookings study begun in late 2019, in which we conducted focus groups and personal interviews with a broad range of middle-class Americans, we were able to have real discussions about race, racism, identity, and injustice. To promote comfort and honesty, we stratified our focus groups by race and gender, which allowed different middle-class race-gender groups to talk openly about their experiences in their workplaces, with their families, communities, and in their everyday lives. Below, we present what members of the American middle class had to say about racial injustice, both in the months leading up to the first identified case and in the early days of the COVID-19 pandemic. #racialequity #covid-19 #workforce
View Resource 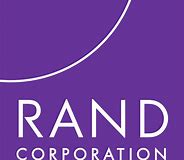 Sitting It Out? Or Pushed Out? Women Are Leaving the Labor Force in Record Numbers

Rand reports that in addition to long-standing challenges, such as securing child care and combating pay disparities, is the “she-cession,” the economic downturn that has hit women workers measurably harder than men. Occupations and industries with higher shares of women workers lost more jobs. Meanwhile, school and day care closures appear to have put a further burden on those with children. Indeed, the she-cession and its consequences make clear just how much policy has failed to keep up with women's progress. In January, among workers aged 18 to 55, there were 30.1 million men and 29.1 million women who had at least one child in their household. (These are not necessarily their children, but children who live with them.) For men in the labor force, the participation rate dropped 4 points, from 88 percent to around 84 percent, before starting to recover. For women, participation fell from 72 percent to 67 percent—a drop of 5 points, and the recovery was slower. Rates for both go down again in August and September, when many districts started the school year. Ominously, the drop is much larger among women. #workforce #covid-19
View Resource

Why We Should Be Talking about Mental Health among Latinx Communities

The Urban Institute reports that structural barriers, such as the lack of employer-sponsored insurance in the service and retail industries; barriers to applying for public benefits, such as chilling effects from public charge rule, even for those who qualify; and the lack of linguistically and culturally effective services contribute to this disproportionate effect and have left many basic health needs neglected, including mental health. A large share of the US Latinx population, which includes any people of Latin American descent, has been historically employed by the service sector, and, because these jobs have been hit the hardest by COVID-19, Latinx workers and their families are among the most afflicted by pay cuts and job losses because of the pandemic. A robust research base connects unemployment and economic insecurity with declining mental health, so, more than ever, it is crucial to shed light on this often unaddressed topic within the Latinx community. #racialequity #workforce #covid-19
View Resource

Treating the introduction of the Families First Coronavirus Response Act as a natural experiment, a new paper in Health Affairs examines whether the number of newly reported COVID-19 cases declines in states after the introduction of the FFCRA’s paid sick leave components, compared with cases in states where workers already had paid sick leave. The authors find that after controlling for a host of state level characteristics and policies (including different COVID-testing environments and stay at home orders), states with new access to paid leave realized 400 fewer cases of COVID-19 per day, suggesting that allowing workers to stay home (with pay) when sick is effective at reducing viral spread. #workforce #covid-19
View Resource

New research from the Economic Policy Institute finds that workers age 16-24—always especially vulnerable in a recession—have been particularly hard-hit during the COVID related recession. Unemployment rates among this group rose from 8.4 percent in spring 2019 to 24.4 percent in spring 2020. Young workers are doubly disadvantaged by their concentration in industries hard-hit by this recession, as well as their exclusion from formal unemployment protections. Authors caution that the effects of this recession on young workers could persist over the longer-term. #covid-19 #workforce
View Resource

Women are bearing the brunt of the economic crisis. They must lead our recovery plans.

The Great Recession hit male-dominated professions hard. This time around, women are bearing the brunt of the economic crisis. They must be at the forefront of our recovery. In the “she-cession” of this economic crisis, women have been laid off at higher rates than men; women hold a larger share of low-wage, front-line jobs as nurses, teachers, child-care workers and caregivers; and women bear a disproportionate burden of child-care responsibilities. In September alone, 865,000 women age 20 and older dropped out of the labor force, more than four times the number of men who exited. #covid-19 #workforce #childcare
View Resource

During COVID-19, 1 in 5 Latino and Black Households with Children Are Food Insufficient