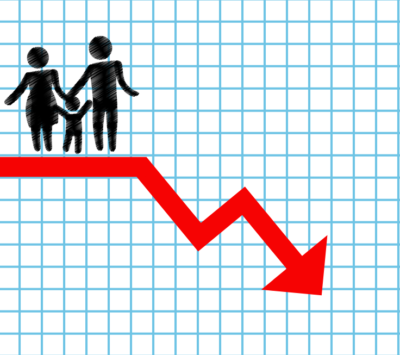 [This article was taken from the Foundation’s Spring 2019 Newsletter]

As the proverbial myth goes, the poor simply need to “pull themselves up by their bootstraps” to get out of poverty. But all too often, when low-income families pull up one strap, the other just gets shorter.

Take these stories from Downeast Maine. Wendy worries that working overtime will make her ineligible for the small amount of SNAP benefits she receives to help feed herself and her daughter. With their second child on the way, Jennifer and Paul may be forced to drop down to one income, because the additional child care costs would top Jennifer’s paycheck. When Carol worked as a certified nursing assistant, her income made her ineligible for many benefits—but by taking a different job earning less money, she was able to get more assistance for her family.

These no-win choices show why it is so difficult for low-income families to get ahead—two steps forward cost one step back. This common scenario where increased earnings are offset by declining public assistance is called “the benefits cliff.”

Since 2017, the John T. Gorman Foundation has been an active partner in a federal initiative called Whole Family Approach to Jobs. In this multi-sector, two-generation program, teams for each New England state have been charged with developing strategies to increase employment among parents in poverty while promoting high-quality early education for their children.

To gain a deeper understanding of the obstacles poor families face in transitioning from public benefits, the Foundation commissioned a brief on the benefits cliff in Maine. The report tracked how the benefits allotted under several programs—Temporary Assistance for Needy Families, MaineCare, and SNAP among them—changed with increased earnings.

The report mapped the steep, rutted paths out of poverty. Overall, families are better off earning more—either with increased hours or pay—but their net gain can be a mere fraction of their increased earnings. At certain income levels, changes in eligibility or allotments could mean that earning an extra $100 a week only amounts to an additional $50 in their pocket.

A lack of integration between programs compounds these problems, the report found. The loss or reduction of one form of assistance alone may not break a family’s budget, but significant hardships are created when reductions occur simultaneously or in succession.

However, the report did identify ways to smooth out these jarring bumps. Certain tax credits—like the Earned Income Tax Credit—help counter the cost of declining benefits by allowing families to keep more of what they have earned.

The Foundation hopes this information can be used to better understand the challenges families in poverty face, as well as the role policy can play in addressing them.