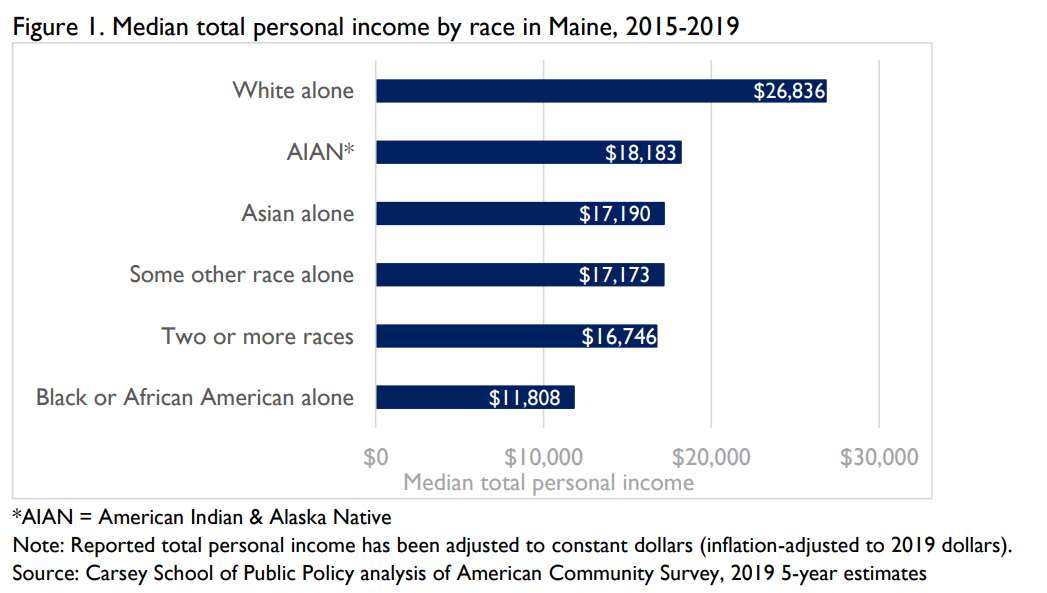 To determine whether these income disparities exist for different corners of the state, we aggregate Public Microdata Use Area (PUMA)-level data into three main economic regions of Maine: the Rim Counties, the Central-Midcoast, and the Greater Portland metro area (see Map1).3 Table 1 shows median total personal income by race for each economic region. 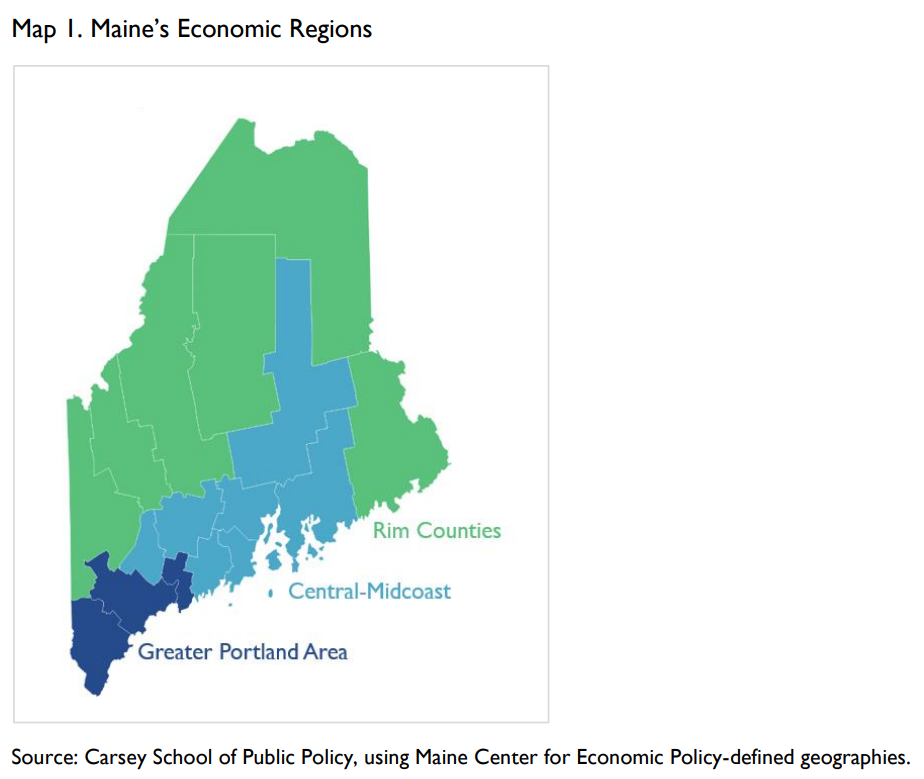 These regional estimates follow the statewide pattern in that white Mainers have the highest median personal income in each area, while Black or African American Mainers have the lowest. However, there are also important regional differences in overall income levels, within and across racial groups. For instance, regardless of racial identity, personal income is highest in the Greater Portland metro area and lowest in the Rim Counties, perhaps as a result of the job opportunities available in those regions. Income in the Central-Midcoast area falls in the middle for all groups except Black or African American Mainers, for whom income there matches levels in the Rim Counties. It is possible that this similarity is driven by demographic similarities, like educational attainment and nativity, within Maine’s small Black population (see Table 2) that cross-cut economic regions, particularly those separating Cumberland and Androscoggin Counties.

The U.S. Census Bureau releases both the 1-year and 5-year American Community Survey (ACS) annually. The ACS is a nationally representative survey that covers a wide variety of topics including employment, educational attainment, housing characteristics, and more. For more information about the ACS, visit https://www.census.gov/programssurveys/acs. Note that this analysis used person weights and replicate weights.

1 Personal income is used here rather than household income, since racial identity is self-reported at the person level. However, the patterns of racial disparities in income are the same under either measure (analysis available upon request).

3 See the Maine Center for Economic Policy for more about Maine’s Economic Regions at https://www.mecep.org/maines-economy/sowm2017/. PUMAs are designated by the U.S. Census Bureau, do not cross county borders, and in this case, did not cross any Economic Region borders. Details on PUMAs included in each region are available upon request.